Yes and No on the legals for me. There is nothing stopping them discussing in broad terms where the company is heading, other regulated, (and non-crypto) companies do it all the time.

Like a lot of people here, I have been with the project since the start and still have faith in what they are doing, but the last time we heard from ETN, (verbally) was December 21, (unless I have missed anything).

Just seen what I could find out about St Maarten and it’s probably not one of the 2 Nations that ETN were trying to get over the line.

I found a ‘Risk & Compliance’ report for Sint Maarten online, and although it dates to 2018, (the most recent I could find) it states… “Sint Maarten is categorised by the US State Department as a Country/Jurisdiction of Primary Concern in respect of Money Laundering and Financial Crimes.”

In view of this, I think it highly unlikely ETN would be involved due to their AML/KYC compliance.

Hello everyone. I was on a crypto forum today and someone said that etn can’t even reach $1.00 because the amount of coins it has is too large at 21 billion. Can someone please explain that logic to me. Is there currently a coin that has that high of a supply that is a dollar or more?

Anything is possible, but is it likely?

Thankyou for helping me understand

ETN can easily be a dollar - if it was a total success it could be 10 or 20 dollars . Its all about adoption. If you are into it just for the money it always pays to buy into low price coins for max profits. Right now if you buy btc you might think the price can go up 5 times higher, but a coin like ETN has the potential to go up many times that . From a purely investment perspective low price coins are best and the solid projects have a real good chance to pay off. At the end of the day it really matters if adoption happens otherwise you are just riding the market waves up and down and it will only really work out if you trade the swings. One good way to compare is to look at ADA that coin was like 4 cents and went up to a high of 4 dollars at one point. ADA has 40 billion coins if I remember correctly and the price is currently around 50 cents. The person in the forum doesn’t have a clue to say etn can never be a dollar. The math is right in front of us.

Thankyou. Omg could you imagine if it was $10. That would be awesome!!!

Yeah it would be mind blowing but I would likely sell way before that happened. Maybe you keep some for long term speculation but most people would sell when they see profits coming . In any case crypto is a failure if people just buy and sell it - it works when it becomes used by all and at that point the price would stabilise anyway. ITs a tricky thing balancing massive price swings and still ask people to use it when its too volatile. Only time will tell how that plays out but I don’t invest n projects unless the company seems solid and has a good plan. Most crypto has nothing but ETN is on the right track I feel.

That would be the scary part. Not knowing how long to hold before selling lol. Im kind of new so dont really know how to tell something is topped out or not. I probably would have been the sucker to sell btc for $5.00 lol

haha yeah this space is full of people that held and watched the price go up and then down, or those who bought it way too high only to see if all crash down. Its a risky investment that is for sure. Just research and see what they are doing and get some idea on what makes a good project such as funding, dev team, management team, support, products , use case etc etc . ETN ticks the boxes for me but you never know how it will play out as there is a lot more going on in the financial world than we realize.

When I got involved in crypto Oct 17, the market was just getting into an alt-season and was pretty much over in early 2018, (think ETN topped out at 0.22c either Jan or Feb18) and I had zero info about trading, so was a hodler like many, many others. I then learn’t how to trade over the next couple of years, (but even now I am no more than an enthusiastic amateur) while watching my original investment drop 90%. The good news is that I got it all back and loads more during the March>Dec 20 bull run.

I decided at a certain point, (when I was roughly at a 3x) to take the initial investment off the table and let the remaining amounts go forward in the projects you believe in. I felt so much better about everything and I felt that I couldn’t really can’t loose from that point on.

But remember, never initially invest more than you are willing to lose.

ETN is going places. Have not spent much time here but still holding all my precious ETN. GLTA 1 dollar for ETN is easy. That’s the start. 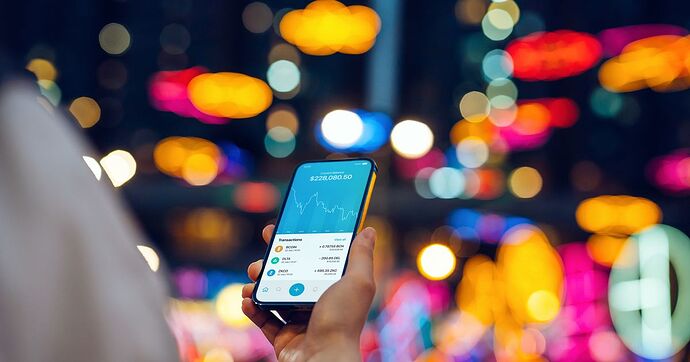 Cryptocurrencies for UK investors to watch out for in 2023

With so many options available, Finixio has narrowed down a list of which cryptocurrency platforms to pay attention to this year

From a few weeks back

Have a fantastic Friday

I decided to try ChatGPT today, so i asked it to write an article about Electroneum this was the response 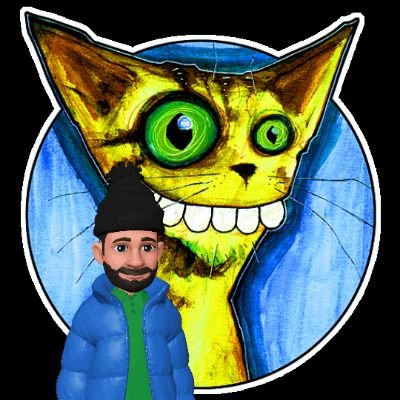 @Planktroneum
1-5@electroneum is a #cryptocurrency that is based on #blockchain #technology. Launched in 2017, Electroneum is designed to provide a fast, seamless, and affordable payment option for users across the globe. Electroneum.com

I was quite impressed

Hello everyone. I know this is going to be a stupid question. But trying to learn so im ready someday. How do you guys sell your etn? Is it easier than buying, like less steps? The only accounts i have so far is kucoin. Will i need something like coinbase to sell, i think people use that to sell their crypto. Thanks in advance.

If you bought on Kucoin you can sell on kucoin. The list of exchanges is on the Electroneum.com website. Not listed on Coinbase yet. Maybe you don’t need to sell your coins you can spend them via the app. If you haven’t downloaded the app I would suggest doing that and do the KYC to validate the account. You can see the partners and places to spend , mobile phone top ups and vouchers and things.